Thank you for contacting us,

we'll reach out to you shortly


This site doesn't support Internet Explorer. Please use a modern browser like Chrome, Firefox or Edge.

The idea for Fort Safety was the result of a juxtaposition of emotions being felt by John Winstanley during a turbulent time in his life:


With the support of his family, John quit his career as a civil engineer in 2013 to begin speaking and advising schools and faith communities about internet safety issues. Along the way, he met other parents, teachers, pastors, therapists, and technology professionals which shared Fort Safety’s vision and they joined the effort. With the help of these like-minded individuals and their resources, Fort Safety, Inc. became a registered 501c3 organization in 2017.

Since its inception, Fort Safety has impacted over 12,000 parents and families around the United States by providing internet safety workshops, conference talks, fundraisers, and being featured in multiple podcasts, radio, and TV shows.

This year the board announced a new goal of increasing the impact of Fort Safety to 28,800 individuals. Every month in Atlanta, Georgia, where Fort Safety is headquartered, 7,200 men buy children for sex, fueled by online pornography...28,800 is four times that amount.. (not sure where to go with this thought. Should I list other umbrella projects here?

The Inspiration Behind Fort Safety...

Laura Gwen Winstanley is the unofficial vice-president of Fort Safety and the primary reason why John, her father, created Fort Safety.

Why? No matter what obstacles, setbacks, challenges, or impossible odds life gave Laura, she faced them with a smile, peace beyond all understanding, and a little bit of mischief😊. It was that perseverance and tenacity in life that inspired everyone around her. It became apparent that this was her purpose in life: to change lives and to give hope where there is none.

Life for Laura was a fight against all odds from the day she was born. Due to unexplained complications, Laura was born 12 weeks early, at a tiny 1 pound 13 oz. The doctors were not confident that the baby would survive the emergency C-section...but they didn’t know about Laura Gwen yet. Laura announced her arrival by letting out a big cry and squeezing her worried Dad's finger. It took 5 very long months of 24/7 care in the Neo Intensive Care Unit care before Laura was able to come home. 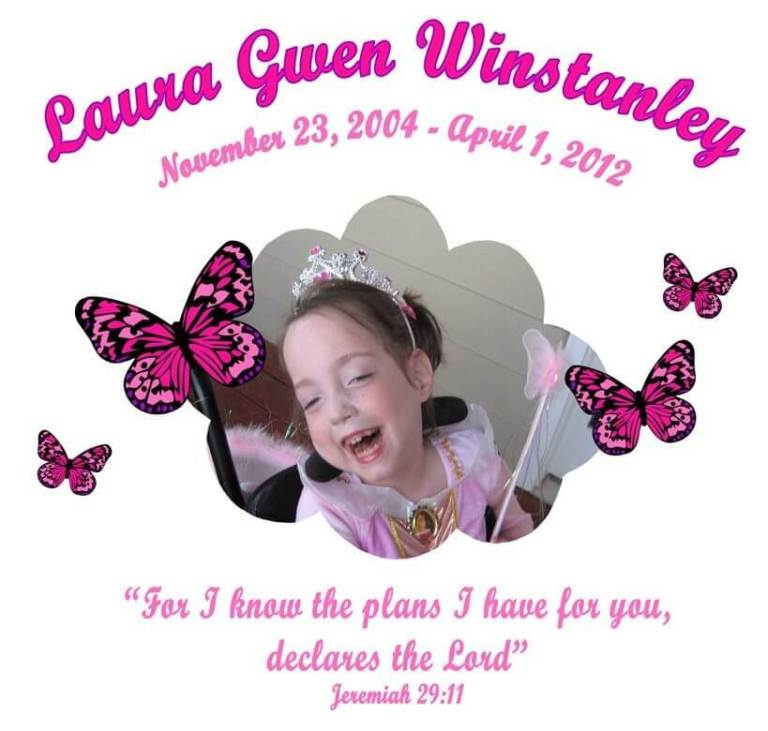 At the age of 2, Laura was diagnosed with mitochondrial disease, also called mito. Mito is a broad range of genetic disorders that affect many parts of the body, and to which there isn't a cure. The disease is progressive, and due to its complexity, there is no expected timeline in terms of life expectancy.

Over the next 4 years, Laura gave life all she had. She loved going to school, painting with her classmates, and watching her brother play. However, after 7 years of fighting her way through life, her little body ran out of energy.

At the memorial service (standing room only) teachers, doctors, school bus drivers, therapists, and others close to Laura got up on stage one by one to say how much little Laura, who couldn't speak and was confined to a wheelchair, meant to them.

It was during these testimonies about his daughter that John had the inspiration for an organization that what would later become FORTSAFETY. He realized that day, that if his daughter could change so many people's lives without saying a word...why couldn’t he with a voice and various life experiences do the same.

It became clear to John that when it comes to our children, there is no “tomorrow”. Parents cannot be passive when it comes to keeping their children safe. This mission of “Protecting Kids and Strengthening Families” would continue his daughter's legacy of impacting lives and giving those who are facing hardships hope. FortSafety was born. Rest in peace little princess. 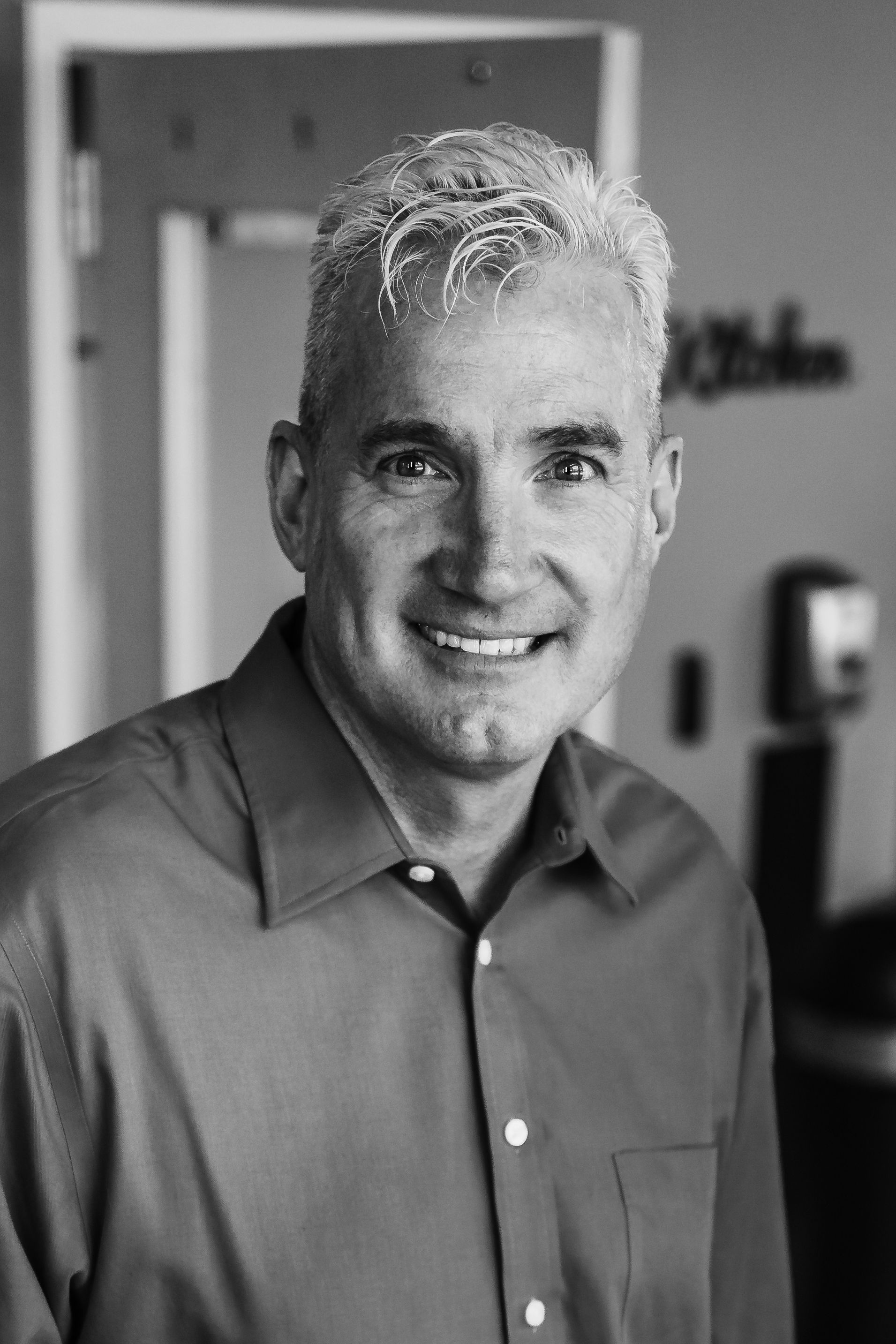 "Happy Life Advice: Find some suffering in the world and go do something about it."

John Winstanley, the founder and CEO of Fort Safety, is what you would call an "interesting character.” He was born in northern England, raised in southern Germany near the alps, educated in the United States, an honors engineering graduate of Purdue University, a retired professional engineer, a former vice president of a construction company, a former atheist, a former addict, a husband and father, captain of the trustees of his church, and an information junkie. Some hobbies include adult coloring, model shipbuilding, acting, long-distance running, exploring the world with his wife and son, and finding an excellent bottle of wine for under $15.

For reasons he reveals in his talks, blogs, and webinars, John became determined to shine a light on what we see, do, and feel while online. With the full support of his wife and extended family, John left his engineering career behind in 2013 to become a stay-at-home dad for his son and to begin building a charitable organization that would become Fort Safety in 2017.

John uses his unique blend of English humor, passion, and storytelling, to empower and equip his audiences with practical internet safety tips, tricks, and hacks.

An experienced marketing, public relations, and not-for-profit management professional, Jamie brings an understanding of “how this all works” to the group. Having connected with John Winstanley after hearing him speak in 2016, Jamie decided that it was time to join the discussion and help Fort Safety become the leading internet safety organization in the country. With over fifteen years of strategic planning, training, and campaign development experience, Jamie finds himself at his best speaking to groups and interacting and mentoring people on issues that affect us every day.

Jamie also serves as a student mentor and instructor through the 21st Century Learning Center’s L.E.A.P. program, helping guide at-risk young people toward a positive destiny. He is also Past-President of the Greater Eastside Chamber of Commerce, and has received awards in both his professional and personal life, including the Eagle Scout award, as well as two (2) Georgia Society of Association Executives’ Association Awards of Excellence and the prestigious Stephen Styron Award.

In his free time, Jamie is an avid reader and enjoys cooking, outdoor photography, camping, competitive shooting, kayaking, and volleyball. A true kid and nerd at heart, he collects Marvel Comic books and is also known to be a trivia master and a total ham, singing karaoke… even when there isn’t a tune being played!

I joined the team after attending an internet safety event presented by Fort Safety with my husband and...

...talk about “trying to drink from a fire hose!” I thought I knew what was going on in the digital world that our kids live in, but FortSafety opened my eyes to the dangers we all face online.I have been a facilitator for Darkness to Light and talked to many parents on how to prevent childhood sexual abuse and now I feel compelled to add one more difficult conversation to the list….the dangers facing our kids online.

My passion is that I care deeply about the emotional well-being of those around us: families, co-workers, moms, dads, and the kid on the back row of a school bus that doesn’t think that anyone cares.

As a parent, even though it is uncomfortable, we have to talk to our kids about difficult topics so that true learning and change can happen. Being apart of an organization (Fort Safety) whose mission is to make sure that every kid has the chance to have a childhood, is truly a blessing and an honor. When I am not spending time with the Fort Safety team, I am enjoying my own family, peddling signs & graphic designing at FastSigns, tap dancing, drumming and savoring life.

Tarick Sanchez is a dedicated Realtor with an incredible knowledge of real estate and sales. Tarick brings over a decade’s experience and a passion for real estate that has delivered remarkable results to his clients. In his career years, he has greatly succeeded in helping clients with difficult sales, purchases, and other property-related issues. Also, he has worked with numerous real estate clients, proffering them the best solutions to what they seek in the housing market, leaving them with a profound understanding of real estate. For Tarick, being a Realtor is incredibly rewarding as it provides a life-time opportunity to guide people through one of life’s toughest decision-making stage. Tarick strives to help these clients reach their real estate goals, as well as give them a better insight into the field that makes future transactions easier. He loves to bring out the value in every purchase and is delighted to provide solutions within his capabilities. Tarick also is a youth advocate and believes in mentoring youth to help them walk towards becoming the best versions of themselves. He believes that we are who we surround ourselves with and helping the youth to embrace that idea and take action towards their goals is part of his purpose.

About In the Fortress Book Us Affiliates Donate

If this site is or

This site was built with GrooveFunnels.